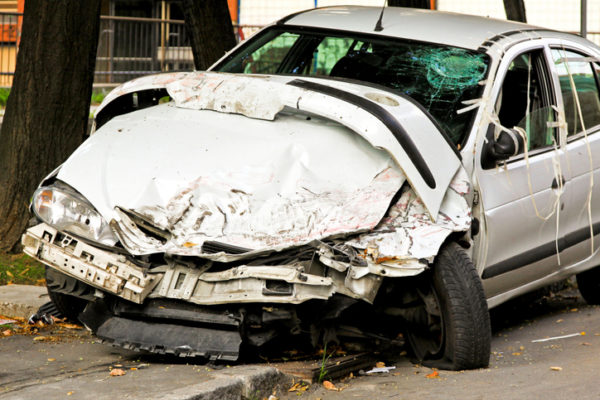 It probably will not surprise you to learn that the leading cause of car accidents is the person behind the wheel. A recent survey takes a look behind the figures.

The National Highway Traffic Safety Administration’s (NHTSA) recent Vehicle Crash Causation Survey examined a weighted sample of 5,470 crashes, representing 2,198,000 accidents involving 4,031,000 vehicles, 3,945,000 drivers, and 1,982,000 passengers. With numbers like that, the results cannot be reasonably doubted. What NHTSA researchers found was that drivers were the critical reason behind accidents in an overwhelming 94% (or 2,046,000) of crashes.

Important: "Critical reason" is defined as "the immediate reason for the critical pre-crash event and is often the last failure in the causal chain of events leading up to the crash." It is an important factor in the crash. It should not be interpreted as solely blaming a driver, vehicle, or the environment, however.

• Recognition errors (41%). These include driver inattention, internal and external distractions, and inadequate surveillance. In other words, it often is another term for distracted driving. We see this every day on the roads in Georgetown and elsewhere in Delaware. Drivers are talking on their phones, texting, or programming their GPS devices. They should be keeping an eye on traffic, bicyclists, and pedestrians.
• Decision errors (33%). These motorists are driving too fast for conditions or around curves, making false assumptions about how other drivers are going to act, making illegal maneuvers, and misjudging the distance and speed of other vehicles.
• Performance errors (11%). This covers areas like overcompensation, poor directional control, and other general driver incompetence.
• Non-performance errors (7%). The most common reason here was people falling asleep behind the wheel.
• Other driver errors (8%).

The Little Numbers Point to Other Things

In 2% of crashes, the critical reason for an accident was assigned to the vehicle. The evidence often was obtained from a visual inspection of vehicle components following the crash. In these cases, the leading causes were tires (35%), brakes (22%), steering/suspension/transmission/engine (3%) and other (40%).

Also, in about 2% of crashes, the critical reason was either roadway or atmospheric conditions. Slick roads topped the list at 50%, followed by glare (17%), obstructed views (11%), signs and signals (3%), weather conditions such as fog, rain or snow (4%), other weather conditions (4%), and road design (1%).

The remaining 2% of accidents fall under “unknown.”

All Numbers Point to Trouble

If you have been the victim of a motor vehicle accident injury in Georgetown or anywhere else in Delaware, the results of any traffic study are secondary. You're too busy dealing with the aftermath. You may have suffered injuries and need medical treatment. There could be bills that you can't pay because you're out of work and doing your best to support your family. You also may be facing legal problems. It's doubtful that the person who caused your injuries is not going to admit any responsibility for the crash. In fact, there's a good chance they may blame you. Adding to the stress is an insurance company pressuring you into accepting a settlement that is far below what you need to cover your expenses, pain, and suffering.

Fortunately, the car accident lawyers at The Law Offices of Edward C. Gill, P.A., have been helping victims like you in Georgetown, as well as throughout Sussex County and all of Delaware, since 1983. They will stand up for your rights, providing professional and compassionate service while aggressively pursuing justice and a fair financial settlement for you and your family. Contact us today for a free case consultation.