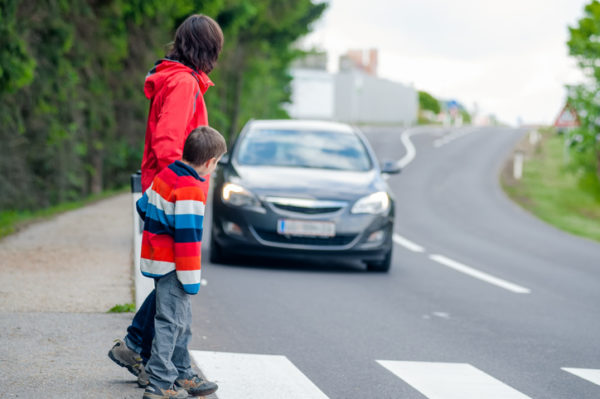 When it's dark, automatic emergency braking systems have limitations

Pedestrian crash avoidance systems seem to have a large blind spot when it comes to preventing accidents - the dark.

According to a new study on automatic emergency braking, AEB systems significantly reduce the number of pedestrian accidents during the daytime. They have virtually no effect, however, at night unless an area is very well-lit.

This means that AEB systems may be letting pedestrians down when they need it most. More than half of all fatal pedestrian accidents happen at nighttime and/or on unlit roadways.

AEB is a significant safety feature, say study authors at The Insurance Institute for Highway Safety. IIHS says it hopes its research encourages manufacturers and engineers to create AEB that works well at night.

How well AEB works to avoid pedestrian accidents is becoming a more pressing issue. Pedestrian crash rates are going up across the U.S., and Delaware is no exception.

AEB works by warning drivers when they are at risk of hitting a pedestrian and automatically applies the brakes if necessary. Overall, the technology reduces pedestrian crash rates by 27 percent, according to the study, which looked at over 1,500 crash reports. A subset of accident reports that included detailed lighting conditions, however, provides more interesting results.

AEB is associated with a 32 percent reduction in the pedestrian crash rate during the daytime. It cuts the rate by 33 percent in areas with artificial lighting during dawn, dusk, and nighttime. However, researchers found that AEB systems have no significant effect on nighttime crashes where lighting is poor or unavailable.

It is also worth noting that AEB works best at slow and moderate speeds. It is not very effective at avoiding pedestrian accidents at speeds of 50 mph or more, according to the study.

Delaware has one of the highest per-capita pedestrian fatality rates in the nation. There are plans to address the problem, but change can be slow. In the meantime, there are areas in Sussex County that pose more risk to pedestrians than others. In Georgetown, fatal and serious pedestrian crashes are concentrated in and around The Circle. Dupont Boulevard (Route 113), for example, has experienced several fatal pedestrian accidents within the last five years. Earlier this month, a man died there after being hit by two cars. He was trying to cross Dupont Boulevard on a Saturday night.

Other areas and roadways in Sussex County where multiple serious and fatal pedestrian crashes have occurred include:

If you were hit by a car, talk to a pedestrian accident attorney

AEB may have room for improvement, but as it is, the technology is saving lives and preventing serious injuries. Still, drivers have a responsibility to share the road and watch out for pedestrians, regardless of what technology their vehicles have.

If you got hit by a car and suffered a severe injury or if someone you love was the victim of a fatal pedestrian crash, you should talk to a pedestrian accident attorney right away to get a clear understanding of your legal rights and options. You may be entitled to financial compensation.

At the Law Office of Edward C. Gill, P.A., we know how to hold negligent drivers responsible for their actions. Our law firm has a reputation for thorough and compassionate client representation, and we can fight for the compensation you deserve.

To find out how we can help you, contact us today for a free consultation.